A research team in the NIDL has begun a study to investigate the current and intended future use of open digital textbooks in Irish higher education. Despite textbooks still being a common feature of the higher education landscape the open textbook movement has not yet featured prominently in Ireland. This claim is evidenced by our analysis of recent policy documents, institutional websites and the types of digital innovations shared through relevant professional bodies. A recent Irish case study of open education policy initiatives, which is part of a wider report describing open initiatives in 28 EU countries (Inamorato dos Santos, et. al., 2017), supports this assertion, as there is no reference to open textbooks. 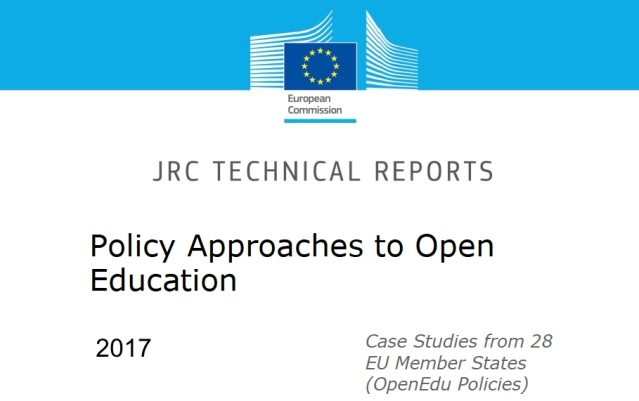 On a related note, Ireland also stands out alongside of Latvia, Luxembourg and Slovenia in this European Commission report as the only countries not to identify MOOCs in the context of open education policy initiatives. The absence of the MOOC movement in Irish policy texts remains an intriguing gap, especially given the Government’s current focus on promoting flexible life-long learning. Notably, in 2017 the growth of MOOCs continued worldwide with an estimated 78 million learners registering for a free online course (Class Central, 2018). This figure is up by 20 million on the previous year and increases to around 130 million learners when China and other developing countries are included in the count.

While globally MOOCs are still a major force in shaping thinking and the direction of the “Openness” movement they have not yet replaced the textbook, as predicted (Class Central, 2016), and rather it would appear the level of interest and activity in promoting open textbooks is gaining momentum. For example, around a third of the 28 European case studies on open education policy initiatives mentioned above identify some type of current or planned open digital textbook initiative (Inamorato dos Santos, et. al., 2017).

Having said that most of the major open digital textbook initiatives over the past decade have taken place in North America. Of course, textbooks have traditionally been an essential part of higher education for the majority of students in the United States (US) (Fischer, Hilton, Robinson & Wiley, 2015).

While the Openness movement is anchored in deep philosophical roots the growth of open digital textbooks in the US has been partly a pragmatic response to economic crisis, underfunding of higher education and rising textbook prices. It is reported, for example, that from 1978 to 2013 textbook prices in the US increased 812% and that in 2014 a typical student spent about US $2000 annually on textbooks (Baglione & Sullivan, 2016). Another US study claims that since 2006 the cost of college textbooks increased by 73%, which is over four times the rate of inflation (Senack & Donoghue, 2016).

Despite rising costs Allen and Seaman (2016) found in their survey of over 3,000 US faculty that virtually all courses (98%) require a textbook as part of their suite of required resources. However, at this point our knowledge of whether traditional textbooks remain core to the student learning experience in Irish higher education is largely speculative. With more widespread implementation of Virtual Learning Environments (VLE) throughout the sector and the growth of Open Educational Resources (OER) it might be reasonable to assume that usage of textbooks is declining but we simply do not have data to support or refute this assumption. In a similar vein, we have little or no data on the amount of money Irish students spend on textbooks to support their study, to what extent they decide to purchase them, and if the cost is a significant barrier to their success.

Although there has been a proliferation of OERs in most disciplines over the past decade the reality is the level of awareness, curriculum integration and repurposing of open resources by teachers at least in the US remains quite low (Seaman & Seaman, 2017). However, open digital textbooks – essentially a collection of OER aggregated in a manner that resembles a textbook but may also be rich with media and hyperlinks – are an exception as they have proven easier to garner the support of institutional leaders, policy-makers, and major charitable donors. This claim is evidenced by the strong lead taken by organisations such as the William and Flora Hewlett Foundation and government departments, as clearly demonstrated in the BC Campus initiative. 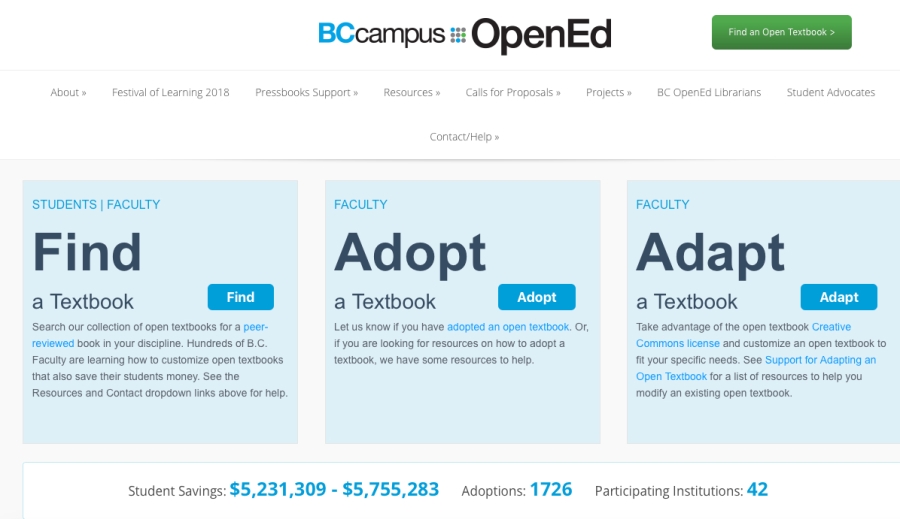 BC Campus began in 2012 with a project to create a collection of open textbooks aligned with the top 40 highest-enrolled subject areas in British Columbia. A second phase began in 2014 with an additional 20 textbooks. The project continues to grow with currently over 230 open digital textbooks available and at the time of writing the BC Campus OpenEd website claims that students have saved over $5m (Canadian) through the initiative, which now includes over 40 participating institutions.

In 2017, an open digital textbooks project began in the United Kingdom (UK) led by the OER Hub to test the transferability of the North American model of success to the UK context. More specifically, the UK Open Textbooks project is framed by the following overarching research question:

What is the viability of introducing open textbooks in UK higher education through the testing of two proposed models: OpenStax and OpenTextbook Network approaches?

As part of the project a series of workshops has been offered throughout the UK along with the development of teacher textbook survey. The findings of this survey coupled with the growing body of research evidence on the usage, implementation and sustainability of open digital textbooks will inform our own work.

At a deeper level we still need further evidence to test the underlying assumption that the use of textbooks and the students who utilize them will have better academic experiences and demonstrate improved academic performance (Hilton, 2016). Putting aside any financial savings the real question is whether the development of open digital textbooks leads to a transformative advantage over the use of conventional resources. In other words, we should not lose sight of the risk of merely replacing an old technology (print textbooks) with a newer innovation (open digital textbooks) without fundamentally questioning the role and value of the textbook in new models of 21st Century learning. Set against this wider backdrop the NIDL research team has the following research objective:

To investigate the current and intended future usage of open digital textbooks in Irish higher education and their transformative potential.

The study of open digital textbooks is framed around the following series of (draft) research questions:

5. What are the perceived barriers and enablers likely to influence the successful institution-wide adoption of open digital textbooks?

There will be several phases to the research and if you would like to find out further information about this study of open digital textbooks in Irish higher education, then please contact:

Class Central. (2018). A product at every price: A review of MOOC stats and trends in 2017. Available from https://www.class-central.com/report/moocs-stats-and-trends-2017/

Senack, E., & Donoghue, R. (2016). Covering the cost: What we can no longer afford to ignore high textbook prices. Available from https://studentpirgs.org/reports/sp/covering-cost